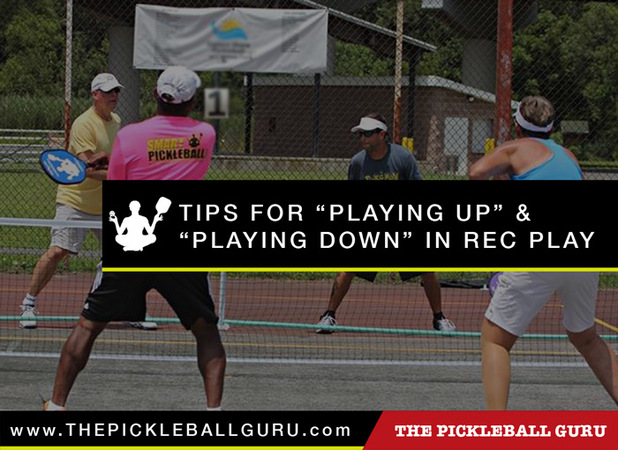 One of the best ways to improve your pickleball game is to play with better players.  It forces you to play at the top of your ability, makes you pay for your mistakes, and puts you on the fast-track to a higher skill level.

All of that is GREAT for you, but how about for those “better players” who are playing with you?

It does almost the OPPOSITE for them…

The culture of pickleball has always been very welcoming and inclusive of new players, but as you become more intent on improving your game, you DON’T always want to play with less-experienced players.

But everyone’s gotta start from somewhere, and even the best players in the world were beginners at one point…

Here are some general pickleball etiquette guidelines, which address these questions and more.

When you want to “Play Up” with players who are STRONGER than you are:

When you agree to “Play Down” with players who are WEAKER than you are:

When you play with or against players who are WEAKER than you: Like these tips?  Want to share them with your group or club?   You can thank my wife, Wendy, for creating these easy-to-print 8.5′ x 11″ mini-posters to post at your pickleball venue.  Just click here to open and print the PDF.